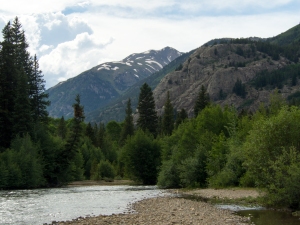 Two days ago I was sitting in a mountain meadow, warming myself by a fire watching the last glow of the sun on billowy cumulus clouds that skirt the high peaks of Colorado, listening to the steady lull of the stream punctuated by the busy trill of hummingbirds and the occasional song of a thrush.

It has been a little over a week since I left Virginia, and two weeks since I last hiked through the meadows there, marking my departure by a reflective walk through Manassas National Battlefield, in honor of our own lessons learned about civil war and the price of unresolved conflict.

There, the meadows were silent, and the mood somber as I watched the sunset over wild flowers amid family graveyards and cannons – markers of our own history of bloodshed and violence over different views of rights, power, and governance.

What draws us to peace versus war?

Why do some of these hummingbirds share the feeder in quiet companionship while others dive bomb the rest away in shows of territorial possession?

Even here, where the birds know there will be plenty for all as the jars are refilled each day, nature’s tendency to pit some against others for no apparent reason other than desire to dominate is fully evident.

We humans, in the desire for society and communal living, create structure and order and rules for living together and sharing our resources…and power.  Only rarely do we do it with freedom and justice for all.

And there is the rub.

Who gets to decide the bounds of freedom and what constitutes justice for all?   In the United States the “right” answer has changed significantly since blood ran in the Manassas Battlefield as North and South fought over these very issues.  I grew up thinking that was ancient history, and that our nation was privileged to be one of the shining beacons of hope and virtue to the world.  Yet now I know that there are many who struggle each day with vulnerability, prejudice, powerlessness, violence, and despair in my country and in my own community.  Those who fought in the civil rights movement only 50 short years ago are being honored this year; yet today the gap is widening between their ideals and reality in many ways as our nation becomes more and more polarized.

And what of so many other parts of the world trying to piece together an answer – based on new constitutions of identity, governance, social and economic structures?   Is it so strange that the countries in the Middle East and Africa — dominated by authoritarian regimes and controlled by outsiders that ignored the plurality of interests for centuries — struggle to find answers to the same problems that plague our own country with all of its natural resources and privilege?   We shake our heads at the brutality of today’s civil conflicts and consider ourselves better, forgetting our own history.   This is a serious mistake – dehumanizing the other – that history shows will only exacerbate the problem as we ponder our role in peace building and relief in today’s conflicts.

I do not believe that Hobbes and Machiavelli had it all right or all wrong.    Sadly, there is truth to their world-view of man as a brute…sharing that trait with other aggressive creatures of nature – even hummingbirds.   But there is a synergistic balance here in this meadow that we have yet to find.

The brutes (e.g., Rufus hummingbirds) are tolerated while others share …unless the brutes get out of hand whereupon they are chased out by a group consensus at the feeder. 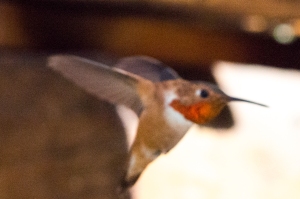 The peacemakers of this world must work both sides of the problem – containing the brutal side of human nature to give room for the spirit of cooperation and resilience – with true freedom and justice for all in a world of shrinking resources.

Yet…it is not so simple as the meadow analogy of hummingbirds might suggest.

This mountain meadow is free of Hyenas.

Hyenas are Africa’s most common carnivore, found across grasslands, woodlands, deserts and mountains.  In contrast to the solitary hummingbird’s claim on territory, hyenas organize into territorial clans of related individuals that defend their home ranges against intruding clans.  They mark and control their territories, making intentions known to their clan and intruders through highly visible signals and aggressive behaviors.  These opportunistic predators will prey on others not in their clan.  As one might expect, nature balances hyenas not through the cooperative peacemaking strategies one sees at the hummingbird feeder, but through lions.

A key question of peacebuilding and managing conflict is, what happens when external actors intervene to upset the natural balance of power and resource sharing?   Can the nature of the hyena be transformed into something more cooperative across clans – or can it only be contained?  If transformed, can the international community discern when and how to balance new strategies with those of hummingbird and lion to prevent recurrence of conflict?

Today I met with  peacemakers in Geneva who have spent their careers wrestling with these questions,  as some of their fragile “successes” give signs of unraveling in Burundi and Kenya; while renewed violence in the Middle East and North Africa threaten to reignite civil wars in Iraq and Libya. These peacemakers share with me their experiences from over 20 years of efforts at conflict transformation in Somalia, even as brutes tear up villages in Nigeria, Iraq, and Syria. In some parts of Somalia, clans tired of war long ago and resolved to get along and cooperate in exerting control over territory and providing security through relatively peaceful means; in other parts communal security is threatened by common criminals exploiting power vacuums for individual gain, much as the Rufus hummingbird in my meadow; yet in other parts, clans continue predatory behaviors that render whole communities vulnerable to the lions – whether these come in the form of outside actors (e.g., regional powers) or internally generated extremists (Al Shabaab).

What is the magic formula for getting the hyenas and the hummingbirds in balance?   In particular, what roles should outside collective actors play, when, and how, in creating this balance?  In the past, mistakes were made due to ignorance. Today we know what does not work; we must not keep doing it over again because we don’t have other solutions or the political will.  At the same time, inaction is not an option.  The lessons learned from local communities and their resilience in the face of years of violence and conflict promise to inform the search for new and better strategies. Perhaps hummingbirds do have something to teach hyenas if they want to avoid the attacks of the lions.

The trick in solving complex problems is to strip them down to their most simple elements. That is the challenge I take up on this journey.  Some say solutions may be as simple as empowering women to foster a different set of societal vision and values.  Perhaps. Others say it is about “layering and sequencing” to get resources and capacities developed in the right balance at the right time to improve social control and capital.  Perhaps.  Yet others say it is about the challenge of motivating and employing youth.  More traditional voices claim that the key is in building strong institutions to support economic growth. All of these approaches have been tried in Somalia and continue today.  My research will uncover and bring together elements of different stories that illuminate how these dynamics may be understood 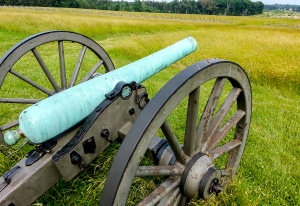 wholistically, each with their own particular contributions to resilience of the peace makers and war fighters.

In the meantime, flowers grow in the meadows of Virginia around the silent canons. Will these fields of sorrow remain silent in the US as increasing numbers in our own society suffer unemployment, violence, and marginalization while our politics become increasingly polarized?

At the risk of being oversimplistic, it could be that we can learn from our fellow creatures without dehumanizing ourselves, choosing whether to become a society ruled as hummingbirds, hyenas, or lions.   I know what I choose. 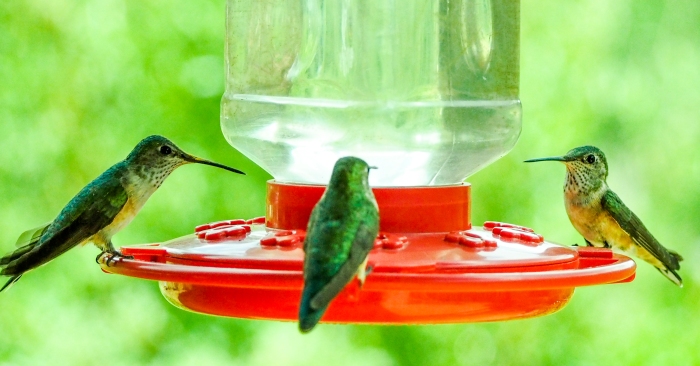 10 thoughts on “Notes from the Field”

Views from the Field: Resiliency in Ethiopia

My favorite Reports and Links